A downloadable Tool for Windows and Linux

This is an Offline Tool made with the "salvaged" source code of the now dead web tool "www.piskelapp.com" and was made to keep it available to the active users of this tool even though the original creators have taken down the tool from the web.

As a fellow Piskel User, I wanted to keep it available to the community even after it is no longer live on the web. Unfortunately, I do not own a Mac so I cannot build for OSX. So this will only be available for Windows PC and Linux (The Linux build is kinda a test run to see if it'll actually run tho.... I don't currently have Linux on my main PC so I can't really test it....)

On the linux version, attempting to change the alpha of a layer (clicking on the alpha label) does not seem to do anything.

Unfortunately I do not use any Linux distros at the moment… so the Linux build is more of an experimental build and I can’t actually test it out myself… this offline app is currently only getting 100% support for windows 10 and newer.

Any differences from the offline version 0.14.0 on the original developers web site?

Yeah the OC’s website will be completely shutdown pretty soon according to their notice on their website, so this will be the only way to use this after its shutdown completely. The OC said something about it was costing them too much money to keep it live on the web so they’re shutting it down. As far as what’s different, not much is different except for the fact that this is an Offline version and the soon to be dead web-based version requires internet access to use. I made this with the latest version of the website’s code so its up-to-date with the latest web-based version’s features.

Edit: I just noticed you were referring to v0.14.0, and I honestly have no idea if how much was changed from v0.14.0 to v0.15.0, but I do know the code on the GitHub repo had some majorly outdated NPM dependencies that was making the build fail but I was able to solve that and I got it to build just fine after some version conflict investigating. 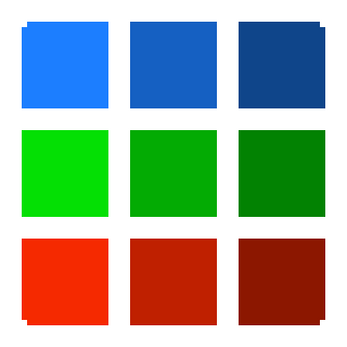